We propose to do a token swap with FUSE that will result in relays being driven to the network. The FUSE token would be owned by the Pocket DAO and held/managed by the Pocket Foundation. The Pocket Foundation Directors will vote on behalf of the Pocket DAO on all FUSE validator votes. We propose that FUSE governance matters may be debated on the forum and sent to a Pocket DAO vote; the Foundation directors will be compelled to vote according to the will of the DAO with the PocketDAO run validator which will be listed for open delegation for others here.

Fuse is an EVM blockchain focused on mobile payment infrastructure. Fuse has a large network of nodes globally that utilize the POKT infrastructure for API calls and ease of setting up and maintaining nodes. The FUSE and POKT tokens will be respectively held and locked by each organization for a minimum of 1 year (12 months).

This is a vital part of the Fuse and Pocket Network ecosystem. Firstly, cross-community governance is important to help decentralize the decision-making power. Secondly, the POKT tokens will be used for API calls and to encourage infrastructure on the FUSE network to be built around the Pocket Network community and nodes. Finally, the Fuse tokens can be used by POKT for future community projects that require cross-chain liquidity i.e. bridges, general network fees, or staking and governance.

There will be a one-time token swap of 250,000 POKT tokens for 750,000 FUSE tokens. These would be locked for 1 year in the receiving addresses.

A strategic relationship between the Pocket Network ecosystem and FUSE ecosystem. Currently Fuse is one of the first paid networks and has worked with POKT infrastructure to be a backbone of the core architecture of FUSE. The token swap would be used to help make this sustainable long term and drive value for the POKT community and DAO in governance of the Fuse Network.

Seeing Fuse drive these relays to the network has significantly impacted node runners in a positive way. This feels like a no brainer to me.

They have brought solid traffic to Pocket node runners. This token swap provides them with the POKT required to truly own their own infrastructure on Pocket.

This is a perfect scenario for a token swap.

We’ve been working with Fuse for some time. It makes sense to align the relationship with a token swap. This is also a great opportunity to do some cross-community governance. I support this proposal.

Agreed. I’m for this proposal

Welcome @ArtSabintsev and @bauwiwhdhh! Happy to see you both participating in the forum.

It sounds like we don’t have any objections to this proposal. I’ll start the vote tomorrow.

Great to see no one is objecting this proposal. I also believe this to be very beneficial and a no brainer.

I am however a little ‘concerned’ about the language used. When I read through this proposal I was confused when I read ‘token swap’, as this is commonly known as something else in crypto. Where a token is e.g. ‘swapped’ to a new chain, or a new smart contract.

However, this is more of an actual swap where two parties swap their tokens to use them in their ecosystem, where both tokens still remain in existance. For this proposal and for any external communication, I would recommend to make it very clear that it is not a token swap as it’s known in crypto.

As a counterpoint, Token Swap does seem to be gaining ground in the DAO ecosystem to mean exactly this (a swap between two DAOs of their respective tokens). 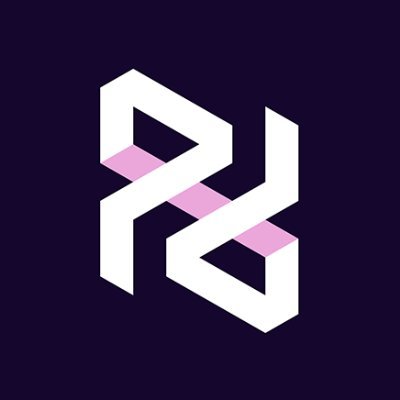 Prime is executing its first token swap with @API3DAO! 🔄 Both DAOs will get 2% of each other's tokens and voting rights. This is the first step towards establishing DAOnet ⚛ the governance layer for D2D interactions backed by mutual exposure and incentive alignment Medium👇

DeFi - What? How? Why? A great, pragmatic and hype-free discussion for those interested in DeFi https://www.crowdcast.io/e/defi-what-how-why … #DeFi #Blockchain #L4S

However, I do hear you, and maybe we can come up with better terminology for similar proposals in the future. Might be worthwhile if this is going to become more common as we scale.

Very interesting Jack! I will do more research to this.

I’m becoming more and more involved in the ‘world of DAOs’, and I definitely see some overlapping terminology with different meanings. Still have the crypto mindset on my end, so figured I’d share my thoughts.

I think the term can be used, as long as we make very clear immediately what type of swap we are talking about.

The vote is now up!

The vote passed with 6 approvals and 0 rejections!